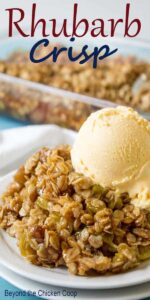 Fresh Rhubarb baked with an oatmeal topping in a delicious Rhubarb Crisp! 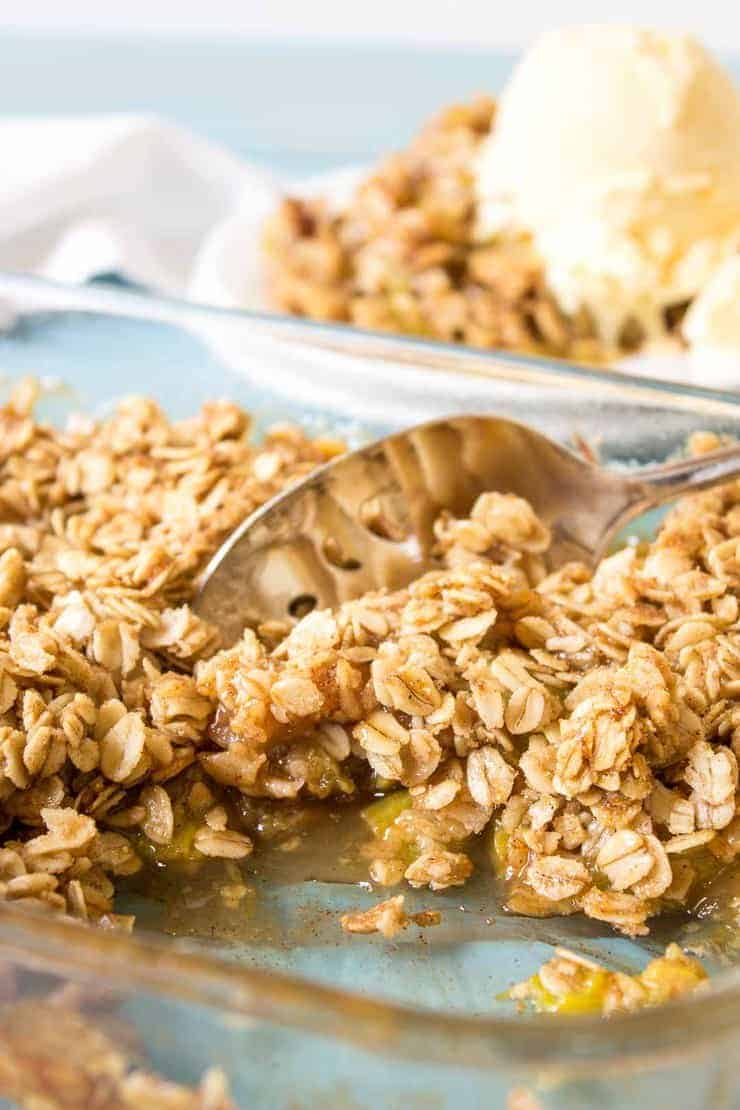 There’s just something about rhubarb! Maybe it’s because it’s the absolute first anything that’s ready to harvest in my garden. Or maybe it’s because it has this totally delicious tangy taste. Whatever it is, it’s my favorite in the springtime!

I make a lot of dishes with rhubarb and I’ve already shared a few of my favorites with you; rhubarb muffins, strawberry rhubarb cake, rhubarb bread and rhubarb sauce.  I decided it was time to share my rhubarb crisp with you!

What ingredients do I need for a Rhubarb Crisp? 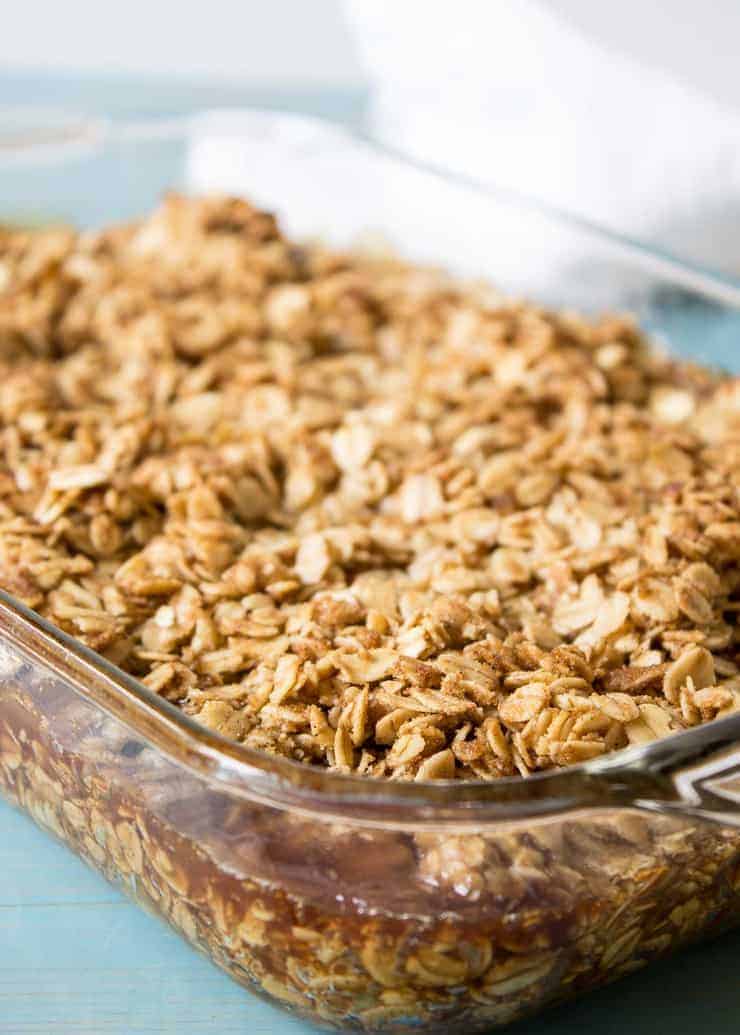 Can I use frozen rhubarb?

Yes! Frozen rhubarb can be used in this recipe. Do not thaw before using. Just add it frozen.

I like eating rhubarb in the spring, but it really is amazing any time of year. Once I’ve had my fill of fresh rhubarb, I keep cutting the stalks as they come on. I wash and slice each stalk into one inch pieces, throw them into a freezer bag and into the freezer. Here’s a how to on freezing rhubarb.

Come fall, or in the dead of winter, I just pull out a bag and cook up one of my favorites. In the winter, it’s a good reminder that spring is just around the corner. 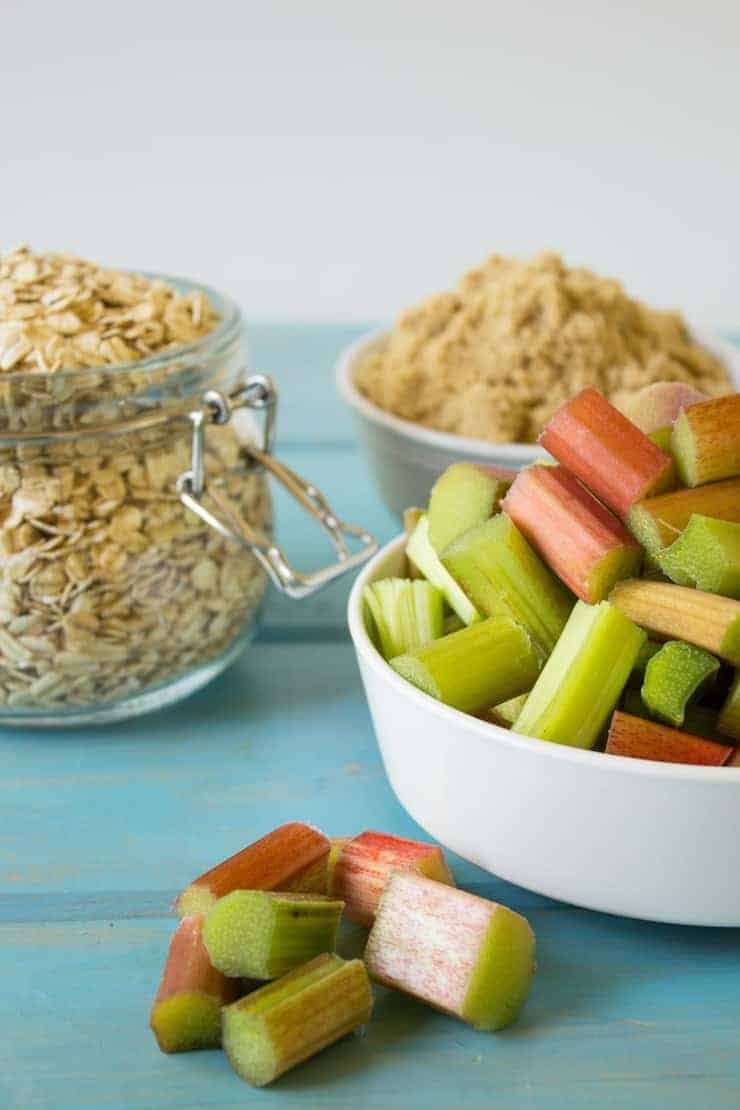 How should I serve Rhubarb Crisp?

Rhubarb crisp is best served warm topped with vanilla ice cream or a dollop of whipped cream. However, I will tell you that any leftover crisp is also great eaten at room temperature for breakfast along with a cup of coffee – just don’t tell my kids! 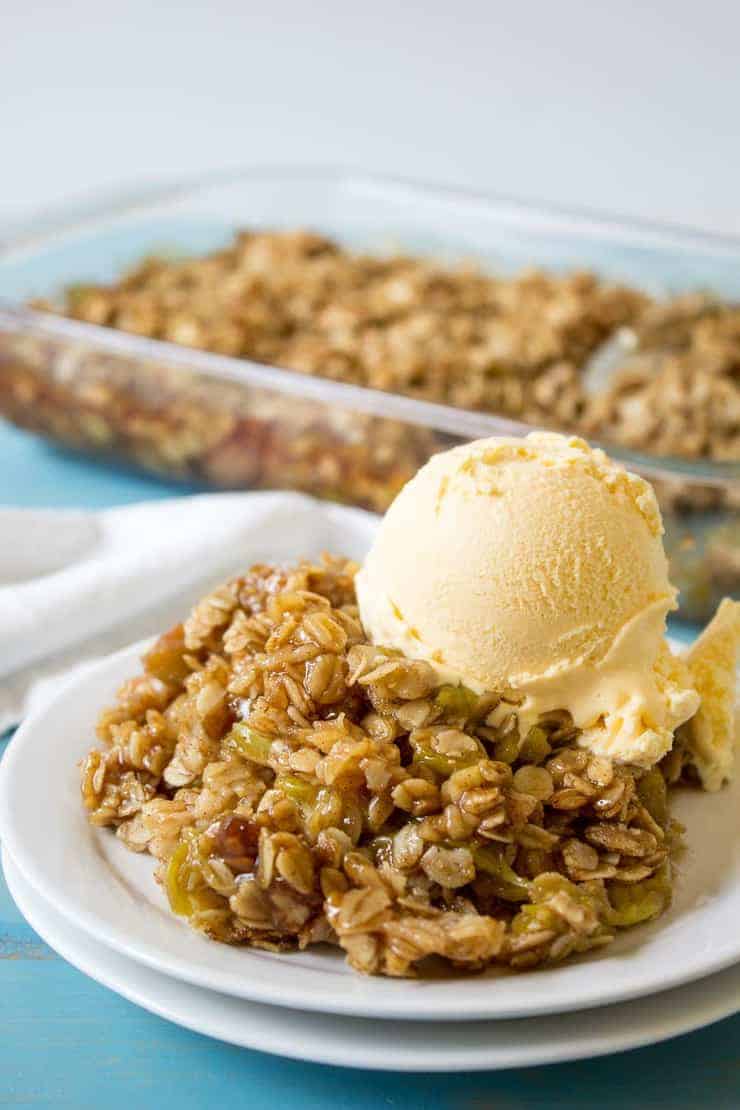 Do I have to peel rhubarb before using?

I do not peel my rhubarb. However, when I am cutting the rhubarb into small pieces, sometimes a long string will appear. I just pull that off the stalk of rhubarb and continue cutting.

Can I eat all parts from a rhubarb plant?

Rhubarb leaves are toxic and should not be eaten. The stalks are edible. 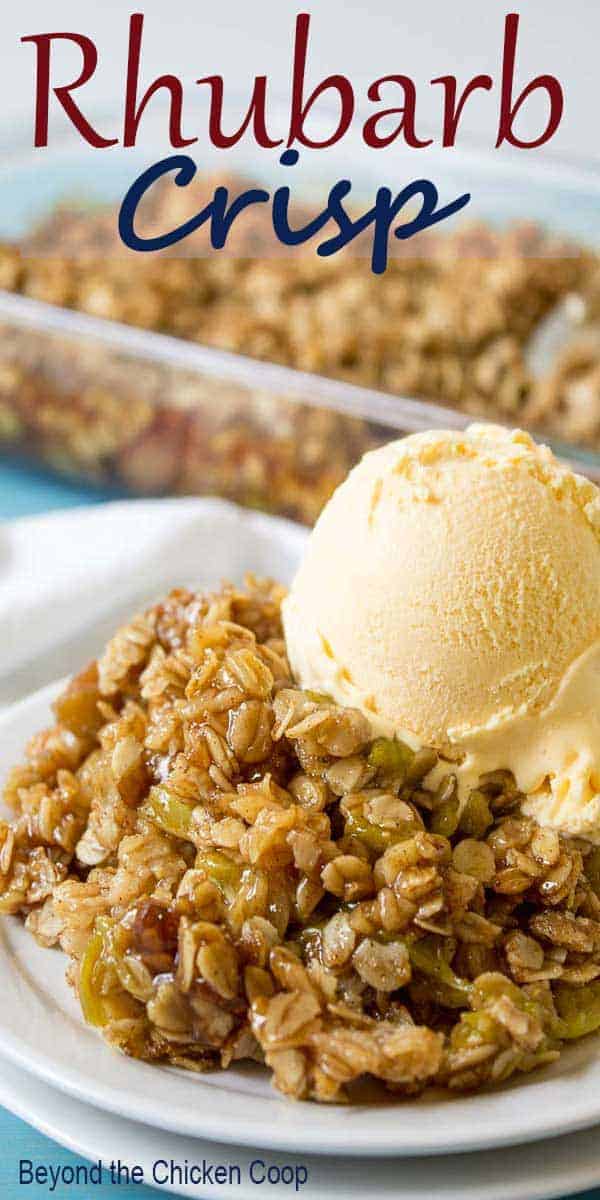 If you make this recipe, I’d love to hear about it! Leave a comment below or snap a picture and tag me on Instagram #beyondthechickencoop 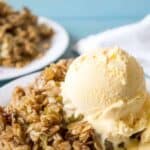 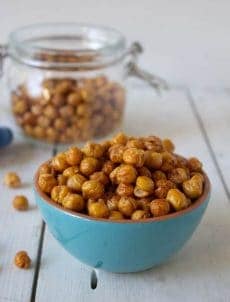 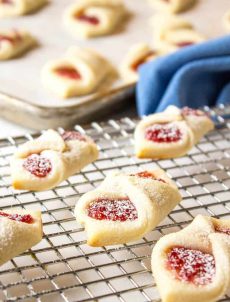 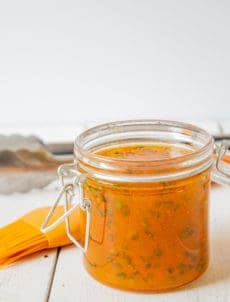 Welcome! I am a busy working mom who loves to cook mostly from scratch, grow a garden and raise farm animals. Take a look around! 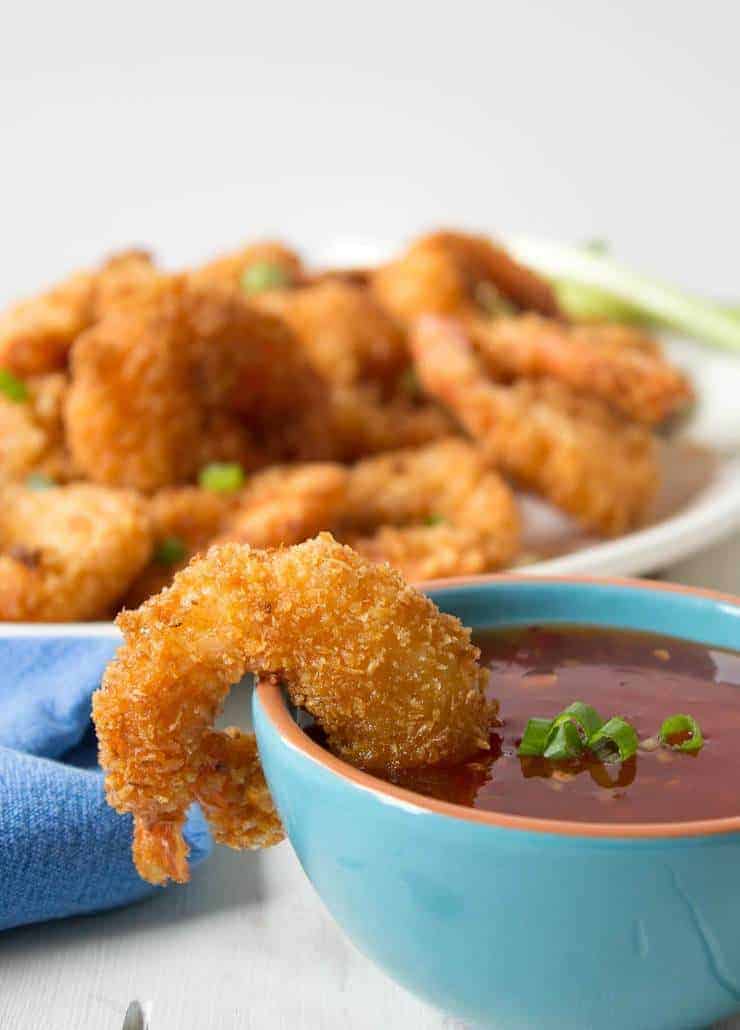 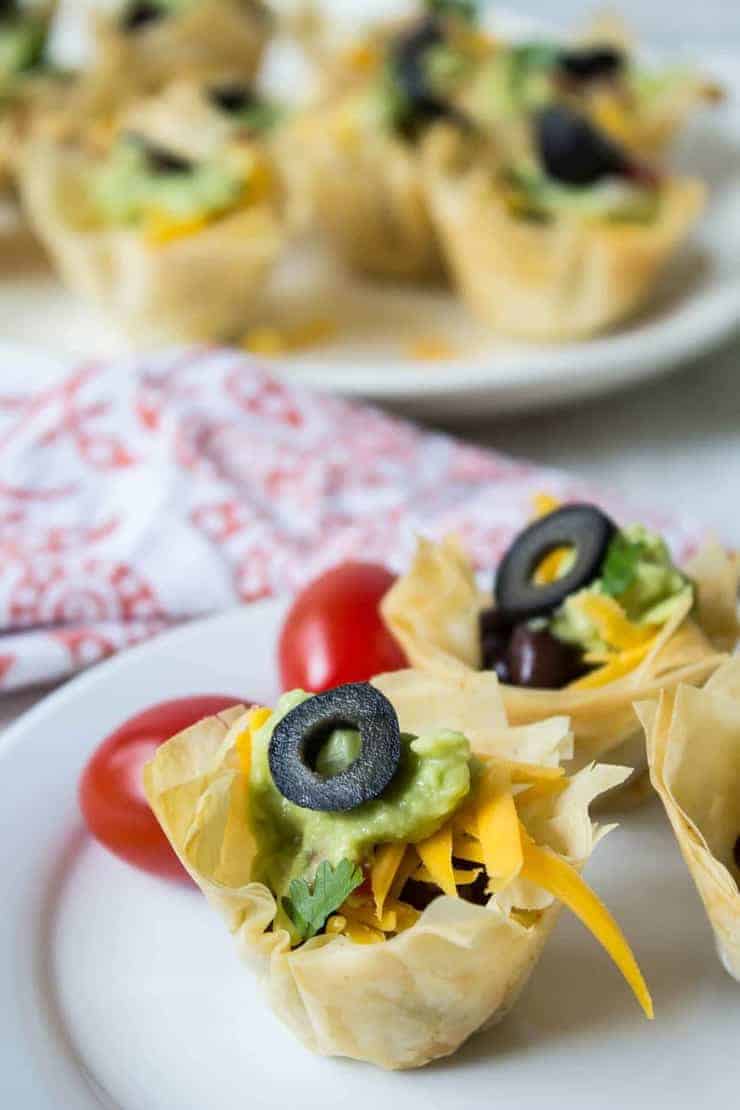 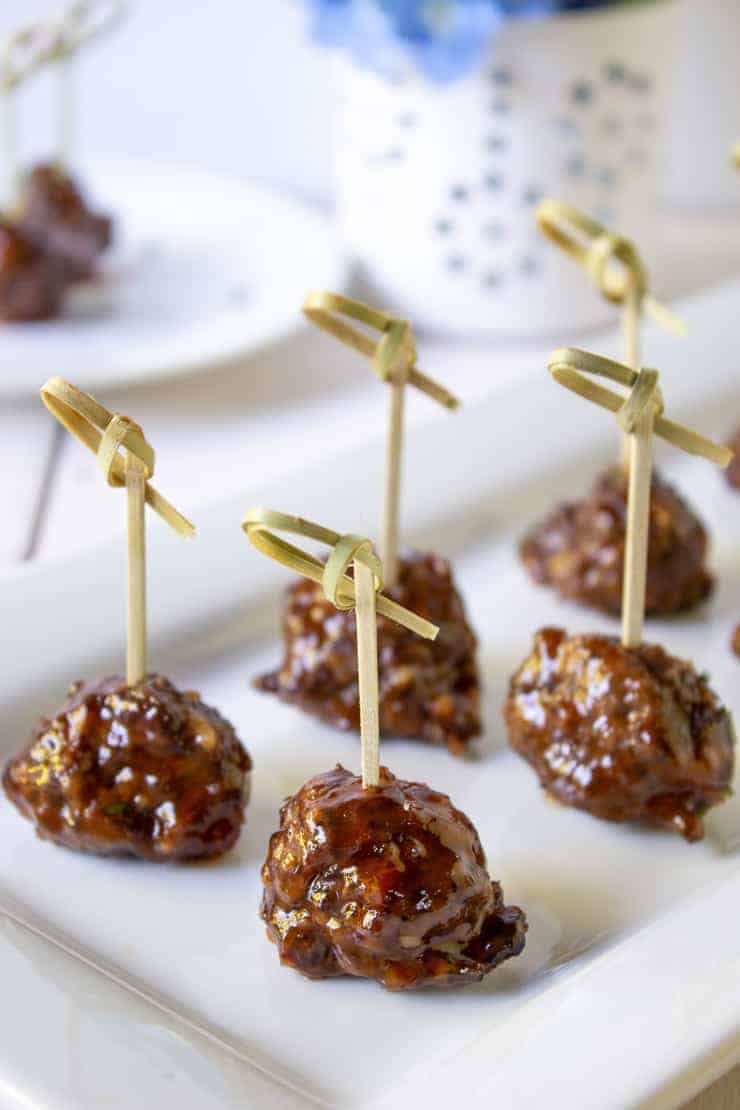 Copyright 2020 Beyond the Chicken Coop - All Rights Reserved.