Panzanella Salad is a fresh salad filled with tomatoes, cucumbers, onions and small pieces of bread. 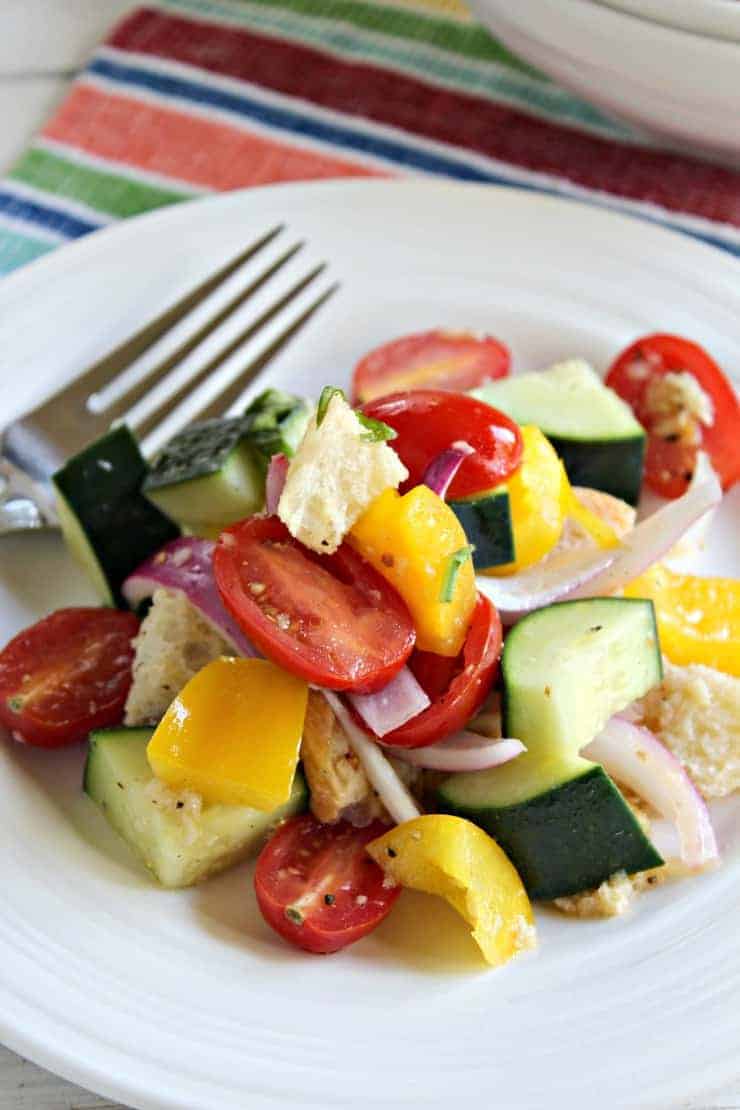 I had the best Mother's Day! The day was finished with the perfect dinner...I didn't have to do a thing!!!   My daughter made this fabulous salad for Mother's Day!  Rod was in charge of making dinner; pork chops, baked potatoes, and salad.  Taylor decided she wanted to make something.

Many of her ideas were vetoed simply due to a lack of ingredients on hand.  When she suggested this Panzanella Salad it sounded great and we just happened to have everything needed on hand! This  salad was a huge hit.

It was so delicious...and I'm not just saying that because I'm her mother!

Table of Contents show
What is panzanella salad?
What fresh vegetables are used in this salad?
Panzanella Salad

What is panzanella salad?

Panzanella salad is a fresh veggie salad with a light vinaigrette and crusty bread. 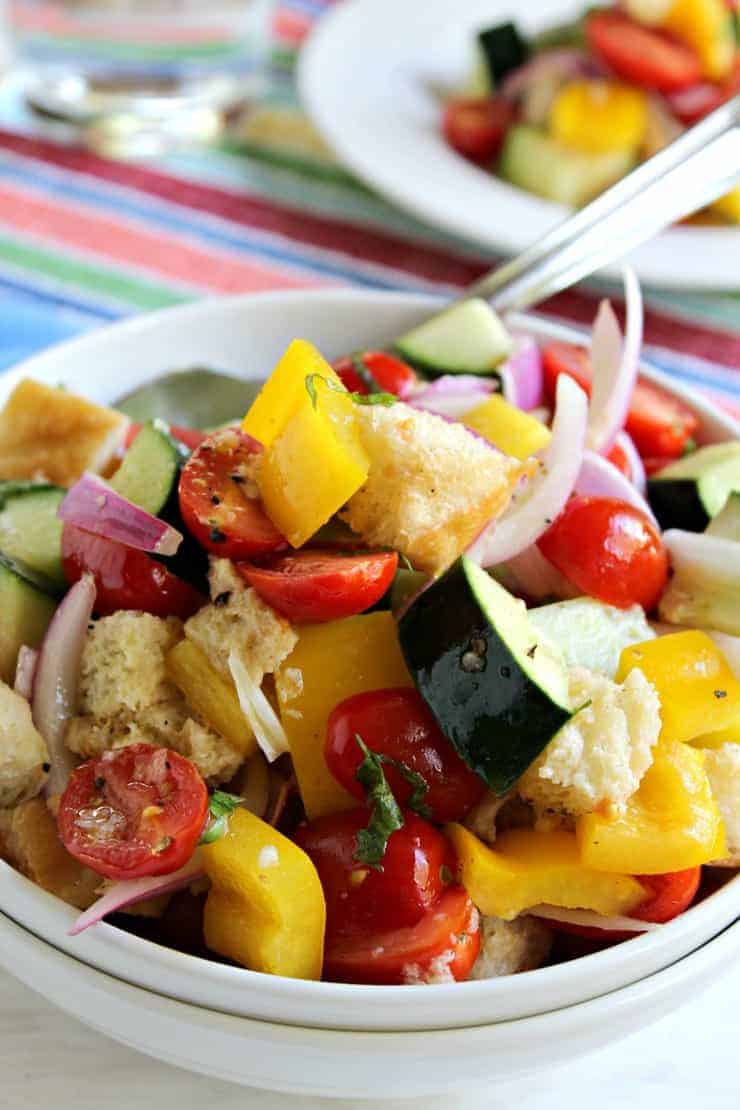 Taylor used some day old French bread that she sliced, brushed with olive oil and threw on the grill just before the pork chops went on.  When she got just a hint of brown on the bread she took it off the grill and the bread had the perfectly light smoky taste achieved from a grill.

Taylor loves to cook.  You can tell she is of the "Cooking Show" generation.  I do love to watch cooking shows and often when she cooks, it's like she's being filmed.  There's just a bit of extra flair that I can only assume she has gleaned from watching the great chefs on t.v!

I love that my kids cook. There's only one thing I wish I could have them improve upon...yep...clean up!  For some reason they all believe clean-up means pilling everything in the sink!  Really???  Who is going to take care of all those dishes in the sink anyway?  Well, at least I can enjoy the food they cook and I will keep working on that clean-up part!

What fresh vegetables are used in this salad?

If you need to make this salad ahead of time,  prep all the veggies and store them all together in a large bowl.  Mix the vinaigrette and store in a separate container.  The bread can be pre-grilled but shouldn't be added to everything ahead of time.

You will want to mix everything together about 10 minutes before serving.  You want the vinaigrette to soak into the bread, but not to become too soggy.

Other Great Salads to Try: 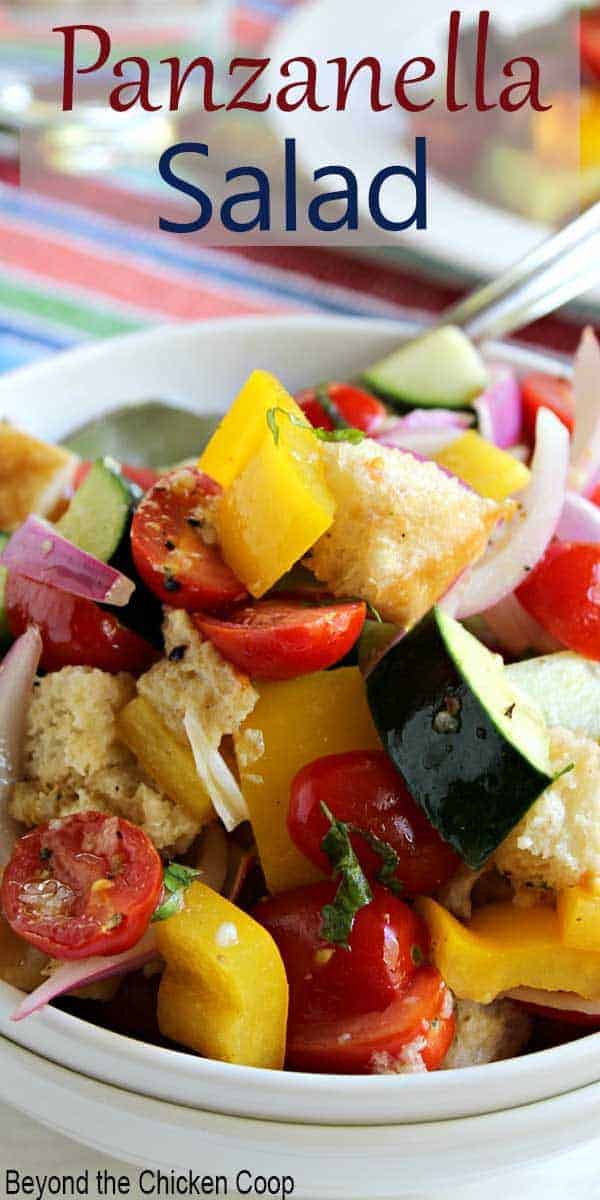 Check out all my salad recipes here!