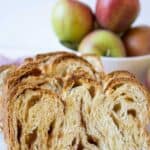 Apple Cinnamon Babka is a swirled bread filled with apples and cinnamon! This impressive looking bread looks impossible to make, but is simply a rolled and filled dough that is twisted before placed into the pan. 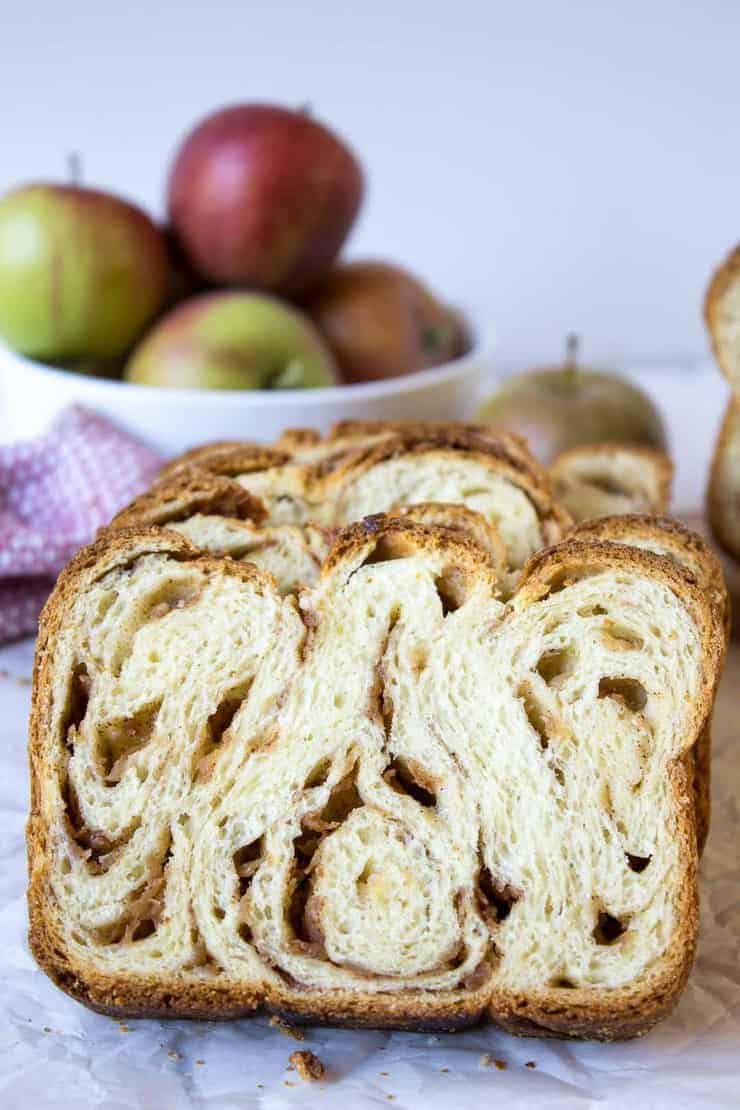 Table of Contents
What is a babka?
Tips for making an apple cinnamon babka
Homemade Bread Recipes
Apple Cinnamon Babka

What is a babka?

I had never even heard of babka until a few days ago! I was watching The Great British Baking Show and the bakers had to make a babka. I was hooked!

I knew I had to make one of these impressive loafs of bread. Instead of a traditional babka, I made an Apple Cinnamon Babka!

A babka is a basic sweet dough rolled out as thin as possible and spread with a filling. It's then rolled, cinnamon roll style and the whole long roll is layered into a bread pan. 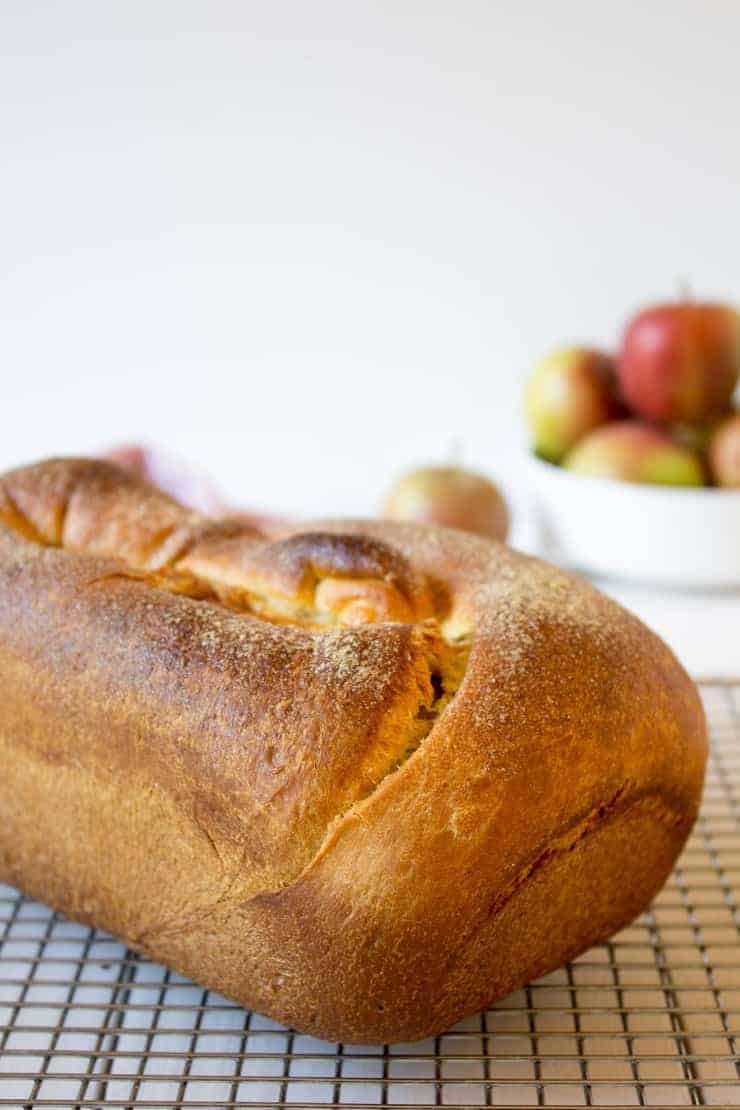 It's pretty unassuming when it comes out of the oven. The elegance and beauty is revealed when you start to slice it open! 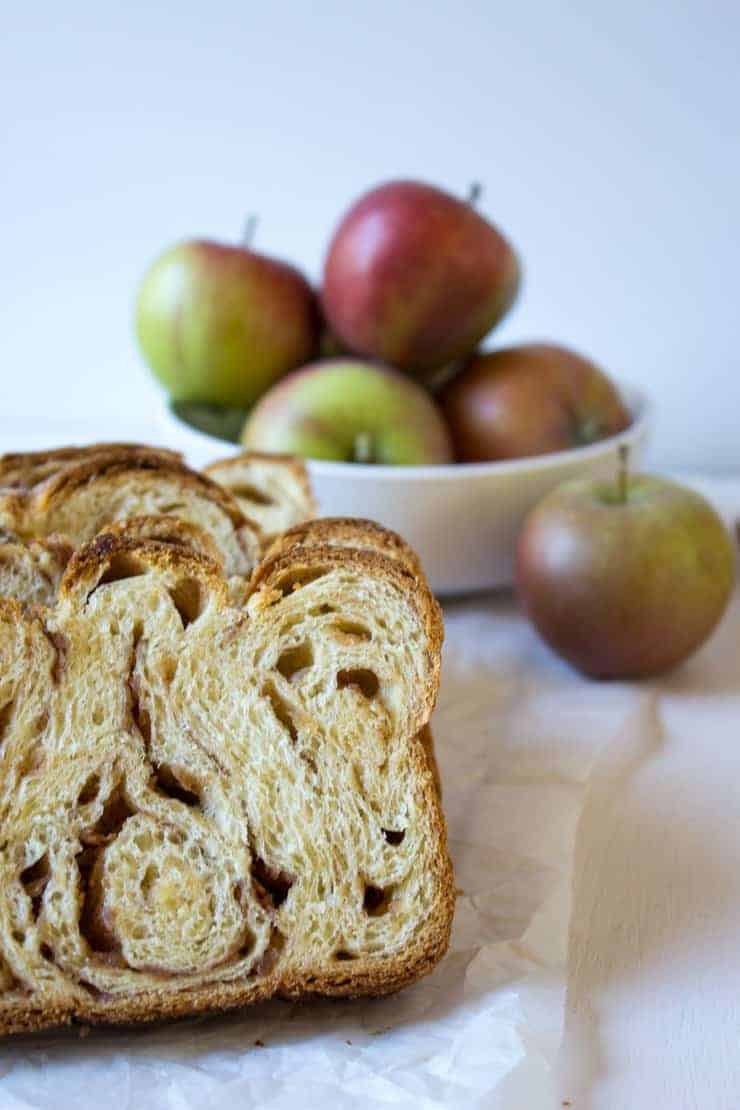 Don't you agree? Beautiful! And the taste is spectacular. There's a bit of apple and cinnamon with every bite! I think I'm in heaven! I also have another bread recipe with apples and cinnamon, Apple Pull Apart Bread. 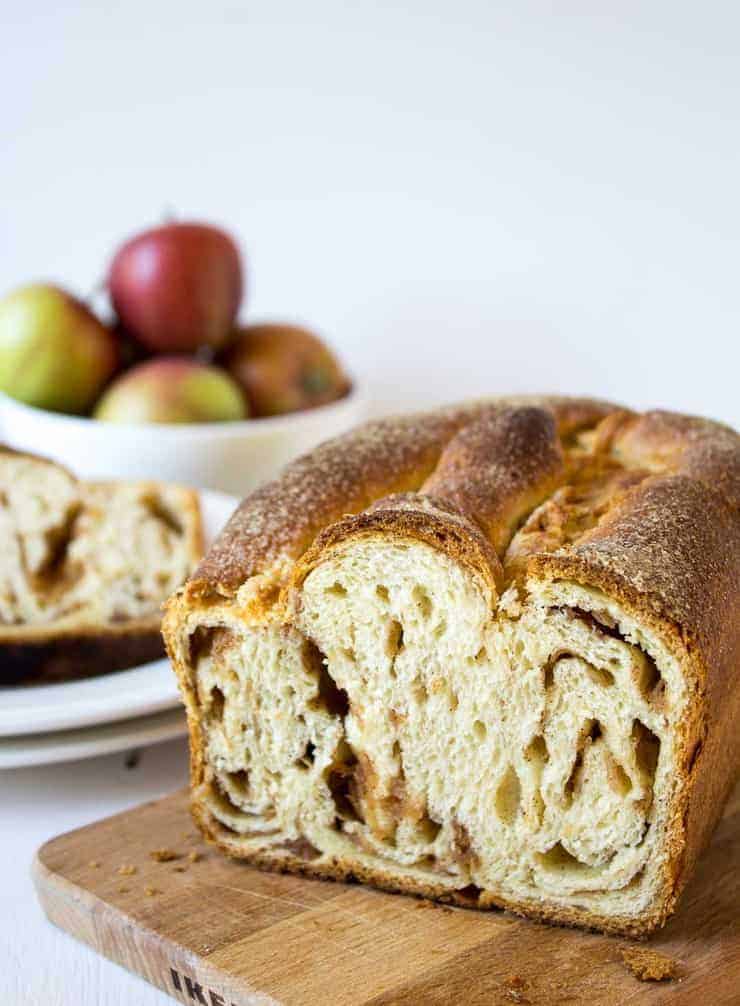 Babkas are traditionally made with chocolate and cinnamon. I did find a few recipes using dried fruit and nuts too. Fresh fruit is probably not traditional, but that doesn't mean it isn't amazing!

The key to using fresh apples is grating the apples and then squeezing out as much liquid as possible. Apples have a high content of water and if you don't remove most of it, your bread will turn out soggy in the middle. 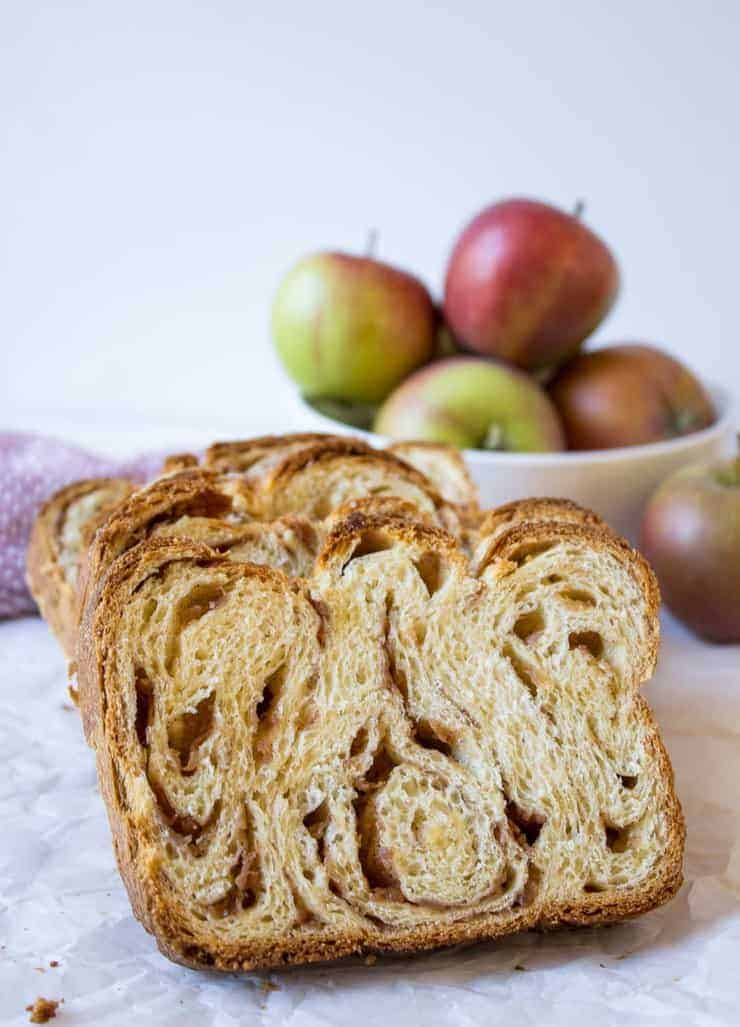 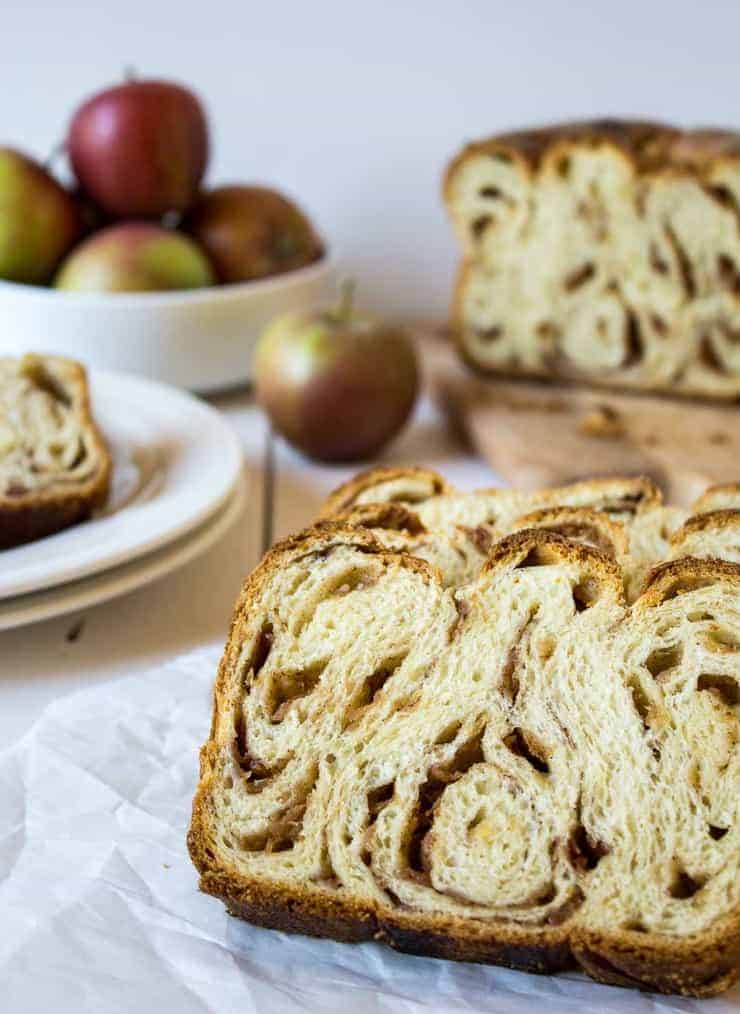 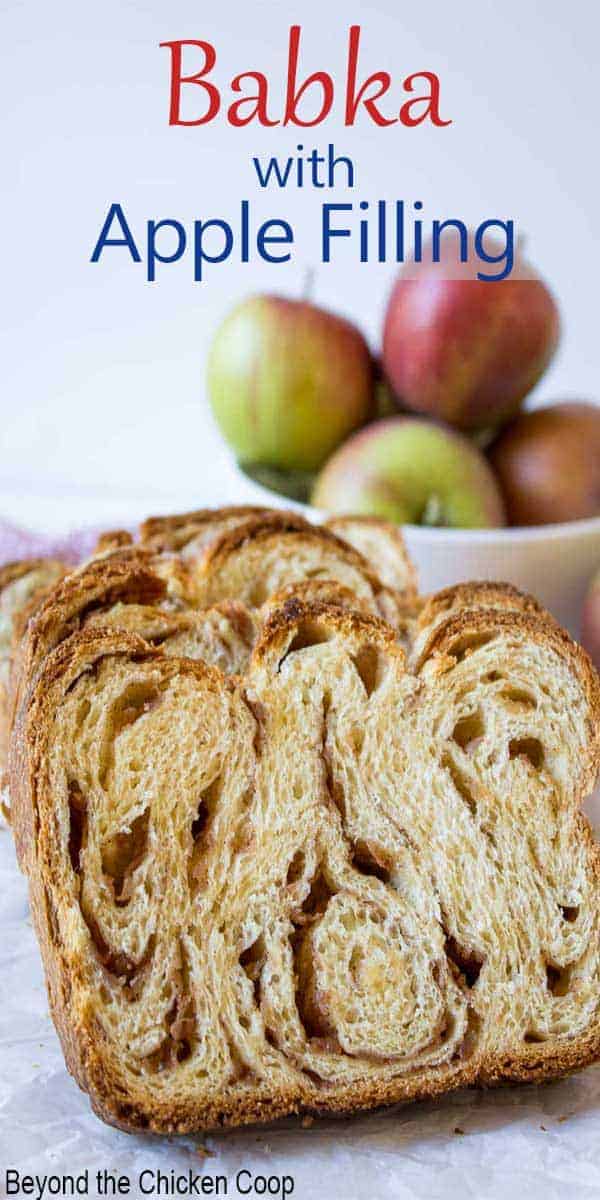 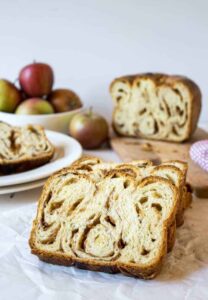 Be certain to squeeze water from apples prior to using in filling.